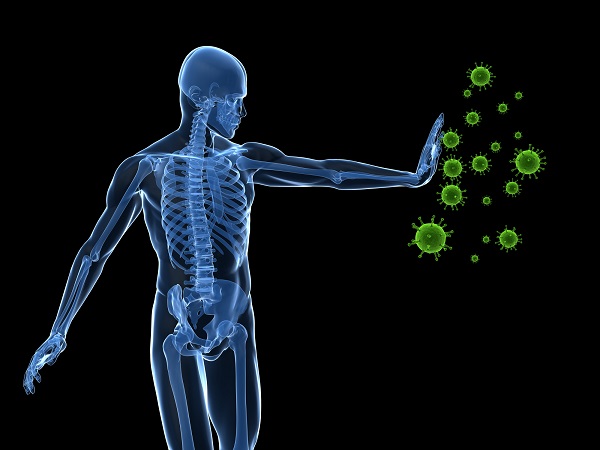 Will immunotherapy ever replace chemotherapy to fight cancer ? Qualified by some of the revolution and crowned by the Nobel Prize for Medicine on Monday, this burgeoning technique involves strengthening the body's defenses against the disease. The award winners are James P. Allison of the United States and Tasuku Honjo of Japan. They discovered how to trigger an organism's response to cancer by neutralizing certain molecules that prevent it from defending itself.

"Immunotherapy is exploding, this is perhaps the most important route recently discovered to treat cancer," says French researcher Pierre Golstein. "This is a revolution equivalent to the arrival of antibiotics," enthuses Eric Vivier, a researcher at Inserm. This technique has only been used on patients for a few years, and does not work on all patients or all cancers - it still stumbles completely on cancers of the pancreas and the brain. But the hopes it brings prompt the pharmaceutical industry to invest heavily.

How it works? To defend against what is foreign to our body, the body relies on white blood cells called T lymphocytes. Immunotherapy aims to stimulate these little soldiers to attack the tumors - while the chemotherapy does not the difference between healthy and cancerous cells. These defense cells carry on their surface molecules called "inhibitory", which can slow their effectiveness under the action of cancer cells. Immunotherapy consists in neutralizing these inhibitory molecules by using proteins called antibodies. The goal: lift these brakes and allow the lymphocytes, and therefore the body, to defend against cancer.

Since 2011, US and European health authorities have approved immunotherapies for metastatic melanoma, advanced lung cancer, metastatic kidney cancer and for ENT and bladder cancers, says Professor Laurence Zitvogel of the Institut Gustave -Roussy, near Paris, first center of fight against cancer in Europe. As of last July, there were some 800 clinical trials in progress worldwide and more than 30 drugs under development, according to a count of the American Cancer Society. Many are already licensed in Europe and the United States.

Despite the hopes they carry, these treatments are "not completely harmless," warns Professor Golstein, sometimes with "autoimmune, cutaneous or endocrine manifestations," noting that these side effects can be controlled. And this revolution is sometimes greeted with a little too much enthusiasm by the patients. In the United States, some patients ask their doctors to be treated immediately by immunotherapy instead of chemotherapy, radiotherapy or surgery ... Even when these conventional treatments are effective.
Professor Allison himself acknowledged, Monday since New York, that immunotherapy would "not replace all the rest". "But that will be part of the therapy that's being offered to almost every patient in about five years," he said.